Andy Donaldson was playing for works team, Vickers Armstrong on Tyneside when he signed for Newcastle United in September 1943. He went on to feature in 19 league games for the ‘Toon’ scoring six goals. He was then transferred to North East rivals, Middlesbrough in January 1949 for a fee of £18,000, but again didn’t feature regularly, scoring seven times in 21 league outings. Unfortunately he broke an ankle during a practice match prior to the start of the 1949-50 season.

After playing for Peterborough United in the Midland League, Andy headed to Exeter City in September 1953, He made his Grecians’ his debut at Newport County, when he scored twice in a 3-1 win. He ended the season as top scorer for City with 16 goals in 33 starts. Sadly for Andy and City, a chest complaint hospitalised the forward prior to the start of the 1954-55 season and he was not fit to return to playing until October.

After leaving Exeter he returned for a second spell with Peterborough United, in August 1955, having turned down an offer from Barrow.

Whilst at Peterborough he worked as a printer for a newspaper company up to his retirement.
Andy  died in 1987. 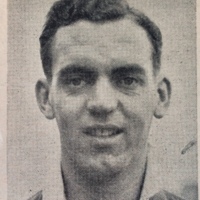 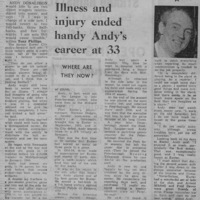 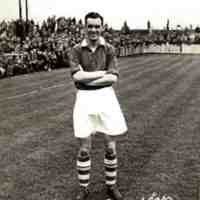 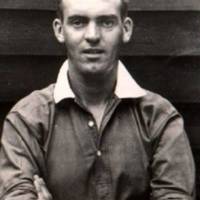