Originally a junior with Everton, Doyle signed professional forms for the Goodison Park club in May 1945, but such was the competition, he didn't make a first team appearances. He did , however, play 3 games for the first team in the War time football league Northern Division. He was also Captain of the youth team at Everton.

On the transfer list for a fee of £1,500 at Everton, ‘Paddy’ as he was always called, signed for Exeter City in August 1949, and was regarded as something as a utility player, although primarily a defender.

He made his debut in the centre-forward shirt in a 3-4 home defeat against Reading in September 1949.

He was a useful player to have on the books at St James’ Park, playing for both the first and reserve team throughout his stay which ended in the summer of 1955 when he moved on to Bideford. 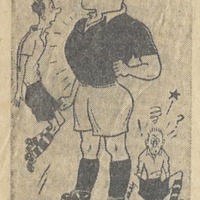 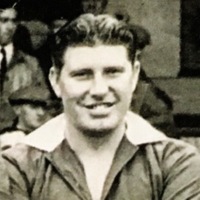