There was a suspicion of handball in the build-up to the first goal in the opening minute, but with nothing given, Easter converted Luke Chadwick's cross.

Easter then picked up a loose ball on the edge of the box and fired a shot that squirmed under keeper Paul Jones.

Barry Corr missed three good chances to get Exeter back into the game, before he volleyed home on 51 minutes.

"I was pleased with how we responded in the second-half because they're a very good side.

"It's a very steep learning curve for us, but I'm philosophical about it because I know we're going to have to learn about our players at this level and what we can and can't do."

"First half we were first class, excellent. We played some fantastic football. We cut them open at times and should have scored three or four.

"We've lost a few centre-halves height-wise, and they tried to play to our height." 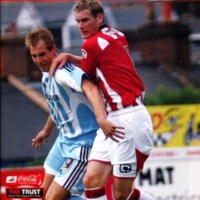 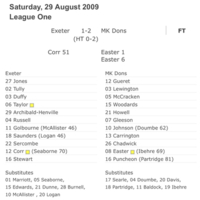