Striker Stansfield capitalised on a defensive mix-up to turn in a Craig Noone cross for his first.

Stuart Fleetwood then sent Noone clear and his initial shot was saved, but Stansfield was on hand to tap in.

Michael Ricketts headed one back from a long throw but Rovers still went down to their sixth straight league defeat.

"We desperately needed the three points. Those watching could tell by the way we performed. We were good at times and edgy at others.

"At this stage of the season, with points already so important, I'm not going to be too proud to say we'll take anything.

"There are one or two players who over the last few weeks have become more and more important to us and I'm very happy that Craig Noone did so well."

"We are not defending well, individually or collectively.

"All I can do is concentrate on doing my job, and my job is to get out there on the training field and work hard on the organisation, style and system.

"They say you make your own luck, and that when you're doing well things fall for you, but at the moment we are struggling for a little bit of confidence." 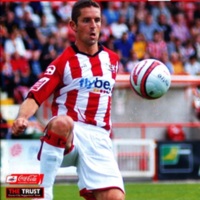 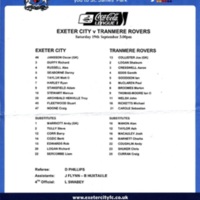