Richard Logan rescued a point for Exeter against Swindon.

The visitors had the best chance of the first half but substitute Ben Hutchinson headed against the bar.

Kevin Amankwaah broke the deadlock eight minutes into the second half when he powered in a header at the back post from John-Paul McGovern's cross.

Jonathan Douglas forced Exeter keeper Oscar Jansson into a brilliant save and the Grecians rescued a point when Logan headed in Danny Seaborne's cross.

"The chances we've had, crikey, we won't get better than them this season if it continues until doomsday.

"We're nine games unbeaten, I don't know what everyone's worried about, yes we haven't won a couple of games we expected to win but it's not the end of the world." 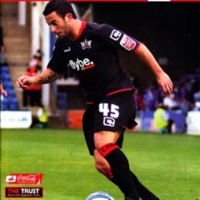 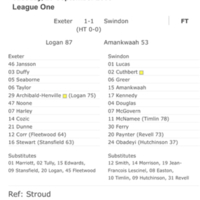