A Barry Corr goal three minutes into injury time salvaged a draw for Exeter in their basement clash with Wycombe.

Wycombe started the slowest but almost took the lead when Matt Phillips' shot was saved by home keeper Andy Marriott.

The Chairboys did take the lead just before half time when Kevin Betsy was felled by Matt Taylor in the box and Matt Harold slotted home the penalty.

Exeter were rewarded for their second half dominance when Corr headed home from a corner inside the six yard box.

"If there's one overriding positive about our season so far it's about our ability to be strong in the last 10 minutes of the game.

"We were brighter, quicker to the ball, played in their half against a very strong wind, and it was a cheap goal to give away; but that's life." 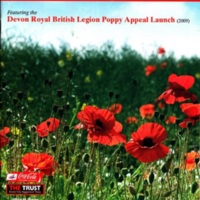 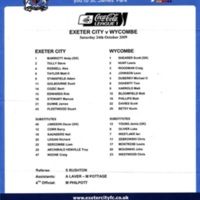