Steve Tully scored his first Exeter goal but Marcus Stewart was sent off in their home victory over Brentford.

Exeter went ahead on seven minutes when Bertie Cozic's deflected 20-yard shot nestled into the net after Alex Russell's corner made its way to him.

Tully hammered a volley in off the crossbar from Craig Noone's free kick, then Noone made it 3-0 after 69 minutes with a fine shot into the corner.

Stewart was sent off thanks to a second bookable offence 19 minutes from time.

"Hard working, professional and competent are words which typify our approach and our performance, which was about doing the basics correctly and working very hard as a team.

"We have to be good at home and make sure we play to the conditions and to our position in the league and we did that.

"We have to be very sound when it comes to set-piece situations, when the ball goes from one end to the other we have to move as a group."

"It's a case of the players actually believing that what we were doing at the start of the season and all last year was the right thing.

"At the moment we've got players in the side who aren't sticking to the game plan and then all of a sudden we fall apart.

"The way we play, it's vital that all 11 components know how the other ones in the team are going to play.

"As soon as someone starts doing their own thing you play into the opposition's hands." 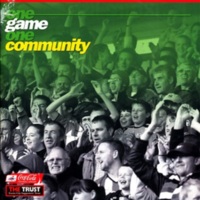 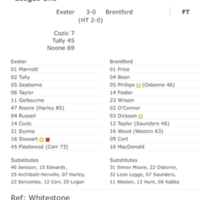