We took a trip down memory lane (and very nearly the North Devon link road thanks to our navigationally challenged driver) on route to Nuneaton. Stuck in traffic on the M5 the Doncaster Rovers team bus, containing none other than James Coppinger, drove past on route to Plymouth. Then at Michaelwood services we bumped into Truro City who were on route to Leamington Spa. With the likes of Andy Taylor, Santos Gaia, Marcus Martin, Les Afful, Martin Rice, Barry McConnell and Graeme Power in the squad and Sean McCarthy their manager, they might as well be renamed Former Grecians United.

Throughout the journey I announced that I was worried on a regular basis, scarred by Curzon Ashton, with Angie telling me to stop worrying and to engage with some "positive thinking". By the time we got there she had almost worked her magic. However, getting up to get off she dramatically announced "I'm worried!" "Positive thinking Angie, positive thinking" was my response. Programme sellers flanked the road that led to the ground and my Dad headed over to buy one. To his surprise the seller responded "You do realise this is for the rugby match don't you?", pointing to the rugby match that was taking place across the field. There, much to everyone's amusement a lorry had been converted into a stand and was parked next to the touch-line!

Inside the ground we were pleased to find that all Grecians had been provided with a free drum (of sorts) with the stand making a noise when you stamped your feet on it. As the ground filled the tannoy announced that "there is an extra refreshment hut on the main stand under the gazebo". Now, the tannoy. I like many others have moaned over the years about the quality of the SJP tannoy. Compared to Nuneatons, ours is nothing short of magnificent! It kept cutting out, leaving us all in great suspense when the teams were being announced. We heard "Number 1, Andy Marriott" but little else before it cut back in with "Oscar Jenson Jansson". Thinking we were now at the subs we were shocked to hear the announcement of the subs, including "Troy Archibald-Hen", follow his name. We were to be starting with 2 goalkeepers! The tannoy man spent the next 10 minutes repeatedly trying to announce the teams to no avail. The steward next to us provided an explanation for their problems - the microphone was borrowed from Morrisons.

Me, my Mum and Marge were stood to the far left of the goal, in the less populated area (I'm still trying to avoid head injuries) and as kick-off grew nearer a cavalcade of police congregated around us. They were a very friendly bunch, chatting away with us. One announced that he hoped that we were going to win as he had a bet on us doing so, whilst another after being told that I was taking notes for a programme article commented that I could probably take a better statement than he could. When Marge asked why there were so many police around (police dogs were even patrolling outside!) the same policeman joked that they'd received intelligence that we had a "lairy female programme writer" attending. For this comment Marge threatened to punch him. How she escaped arrest I'll never know!

As the teams lined up on the pitch (with City fielding just the one tannoy man tried one last time to list the teams in full. He failed. The first half saw City go 4-0 up much to the delight (and relief) of all Grecians present (including none other than Dean Moxey). At half-time a steward asked who we would like in the second round. He became somewhat hysterical at my response - "we're 4-0 up but I'm not totally convinced we'll end up winning". There's something inherently dodgy about the first round of the F.A. Cup and I was all too wary of us being the 'shock' result of the tie and ending up losing 5-4. It wasn't until the last minute of injury time that I turned to my Mum and said "blimey, I think we've made it!" The journey home had us dreaming of a good second round draw. Dreaming was to be the operative word there.

I'd like to dedicate this article to Colin 'Kingdom', the supporters' bus driver who died on the 8th November 2008, the day we played Curzon Ashton. Away games aren't the same without him. 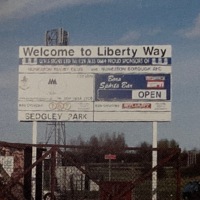 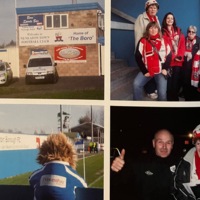 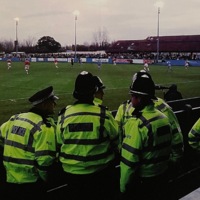