It was panic stations at the Barn Owl as we waited for the bus to arrive to go to Bristol Rovers. We were supposed to have left at 5.15pm. At 5.35pm the bus was nowhere in sight. We'd thought that leaving at 5.15pm would be pushing it, so when the bus finally turned up at 5.40pm I wondered whether it was worth bothering. The temperature on the bus was tropical. On a cold and rainy December night this would have been fine had most of us not layered up to the hilt in preparation for standing out in the open terrace. By the time we reached the M5 I'd been forced to remove 3 layers!

The more optimistic of us on seeing that we had reached Avonmouth started layering back up again hoping that, seeing as it was now gone 7pm, we were nearly there. We weren't! As we got nearer the traffic got worse. We queued on the motorway, we queued to get off the motorway and we queued to go round the roundabout under the motorway! With the time 7.35pm the floodlights were finally in sight. We made painfully slow progress up the final hill thanks to the hordes of pedestrians who kept pressing the button and making the lights go red. When we reached the top of the hill 5 minutes later the lights went red. When they went back to green pedestrians were still crossing the road. Cue cries of "knock them down". Arriving so late there was no queue at the turnstiles and we finally made it onto the away terrace at 7.44pm. The Bristol Rovers away terrace offers quite possibly one of the worst views of a pitch you will ever get. Arriving so late it was hard to find a decent spot. We settled for a space to the left of the corner flag where at best you could see about 50% of the pitch.

City started brightly but it was Bristol Rovers who took the lead. I missed the goal. I was in the toilets. I heard a tremendous cheer, and deep down I knew it was from the home fans. This was confirmed when I heard a shout of "you lucky (insert swear word here)" from the away terrace outside. Soon enough it was half time where we were thoroughly entertained by the tannoy announcer. His finest hour came with the following announcement "I'll be right back at you with the birthdays and the donequations". We think he meant dedications.

Bristol Rovers, nicknamed the Pirates, timed their arrival back onto the pitch to coincide with a rousing crescendo in the Pirates of the Caribbean theme tune. City, on the other hand, came out to the sounds of Take That. The word of the second half, heard about 200 times by me, was "SHOOT". Shot after shot was fired in by City. Save after save followed. It was so relentless Andy Marriott might as well have gone back to the changing rooms. Unfortunately it was one of those nights where you felt that we could play for 90 hours and we still wouldn't score. The final whistle called time on a disappointing night. We were the better team, playing better football and creating more chances than Bristol. Unfortunately they took their chances and they got the points.

With 'trouble' expected the walk back to the bus was thankfully brief. Two mounted police officers kept guard. The police horses we encountered earlier in the season patrolled without facial armour and shin guards. These two horses had the full works. Back on the bus we were told that we would be held back until the Bristol fans had left the area. Hordes of stewards and police patrolled the car park. Some time later we were finally released from the car park. Thankfully our journey out of Bristol, under police escort for the majority, was quicker than the journey in and we returned to Exeter before 12. 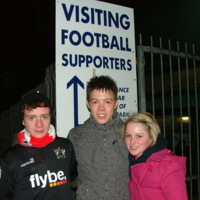 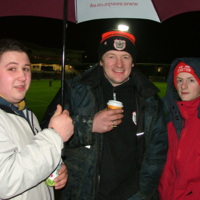 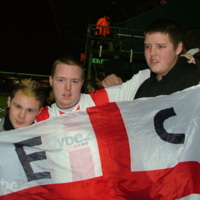 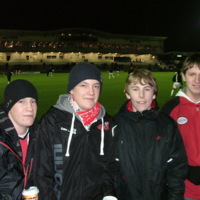 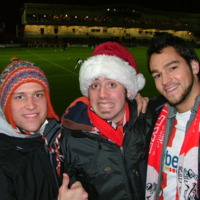 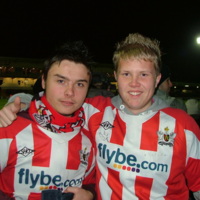 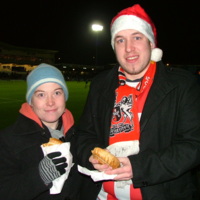 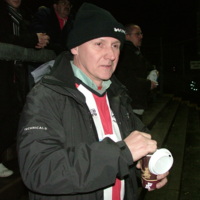 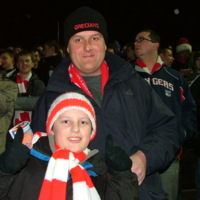 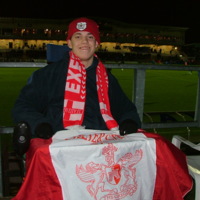