Brezovan then upended Stuart Fleetwood in the area but guessed correctly to keep out a weak spot-kick from Stewart.

Albion's Liam Dickinson went close and Adam Stansfield was denied by Brezovan when clear before Jim McNulty crossed for Crofts to nod in from 12 yards.

"We played well again, so unfortunately that's three games in a week where I'm happy with the performance and disappointed with the result.

"It's definitely a run of results that we didn't want, nor expected, but it's happened and there are small details which you can address but the theme and the style and personality of our team was excellent.

"It's a real shame we missed the penalty, everyone can debate it, but we missed it and we'll have to move on." 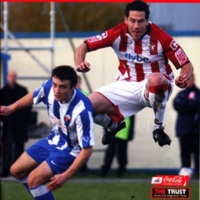 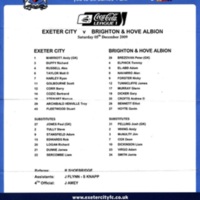