Exeter City ended a run of four losses on the trot with a win over Southend United in a game which saw both teams end the game with 10 men.

Adam Stansfield scored the eventual winner when he latched on to a Troy Archibald-Henville pass and lofted the ball over keeper Steve Mildenhall.

Exeter were reduced to 10 men after Barry Corr was sent off, following an off-the-ball incident.

But Southend also lost a man when Jabo Ibehre clashed with Richard Duffy.

"It was well deserved. It was somewhat different to how we imagine ourselves playing sometimes but it was a fantastic effort from the players.

"It was very sweet because we really had to work hard for that and we've come away with a very important three points.

"We tend to score more good goals than scrappy goals.

"That's sort of the personality of the team and it was a really good goal."

"I felt again we had more possession than they had and deserved something out of the game.

"We have to be more clinical, like last Saturday against Hartlepool.

"Obviously, they have worked every minute of the game and they went ahead against the run of play.

"We came out second half and they just sat back and soaked up the pressure." 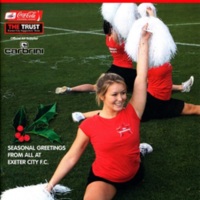 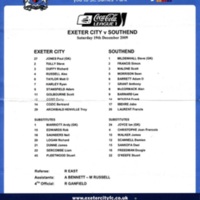