I never made it to Norwich. Before anyone gasps with horror at the thought of a weather related travelling incident I should point out that I never set off. I aggravated an old back injury clearing a road of: snow during the week and couldn't bear the thought of travelling. Been there done that - I went all the way to Halifax and back with a back injury once, never again! My Mum stayed at home with me, positively sick of snow having spent the week struggling into work at a Primary School. It was one of a handful that stayed open, and unfortunately being located at the end of our road, Mum was unable to claim that the snow was preventing her from getting there! My Dad and brother made the trip, crashing around very loudly at 5am to get ready and taking all available food with them! With regards to the latter point, the morning of the match saw us venture out of the village (for the first time in a week) to the local supermarket. Here a couple of Grecians nearly passed out at the sight of us, both asking "what are you doing here?" Back home Marge partook in her customary away Saturday morning phone call. I answered, as always with "Hi Marge. Where are you?" "At home" was her response.

So, here I am sat in front of the TV watching Jeff Stellings Soccer Saturday with Sacha Opinel (the cat, not the footballer) and Grecian the Lion. I obviously rarely get to watch Jeff whilst City are playing but despite this his tie is the subject of superstition. A red tie means points. Opposition colours do not. His tie today is somewhat ambiguous in colour. I think it's Norwich green. My Mum thinks its turquoise. In the midst of arguing over this (I'm adamant that turquoise is closer to green than blue) the vidi-printer announced bad news. Grant Holt, a player who I was desperate for us to sign over the summer, scored for Norwich. My "bet it was a header" comment (he is absolutely lethal in the box) was soon verified by Jeff. Oh dear. Still, at least we're not Stenhousemuir. They've just gone 3-0 down at Dunfermline with only 21 minutes played!

3.35pm: great celebration in our front room. Alas, no City equaliser. The heating has just come on! Bored of the lack of reports from Carrow Road (but too scared to listen live on the radio) my Mum briefly consulted with Exeweb. She announced that Richard Duffy had been booked. I muttered about our disciplinary record whilst sparing a thought for the poor Stenhousemuir fans, now 4-0 down. Finally Jeff crossed over to Tony Cottee at Norwich. For a moment he appeared transfixed with the game, staring into space before turning to camera and optimistically, for the Grecians in my front room, saying "I've been impressed with Exeter". Nearing half time he informed us of 2 great chances for City. He seemed surprised. Confirmation of half-time saw me hobbling off to the kettle....

After a half-time spent drinking, in a break from away day tradition, a hot chocolate that was both hot and chocolatey it was back to Jeff, who as I walked in was singing the theme to the Addams family. The reason? Charlie Adam had just scored for Blackpool. As time ticked on Jeff moaned about Leeds, 1-0 up against Wycombe, with the commentator arguing that they were "flat". I hoped that they would remain that way for their trip to SJP the following week. Minutes later Wycombe equalised and Stenhousemuir conceded a 5th! Brief consultation with BBC Sport informed me that City were making a triple substitution with just under 30 minutes to go. I hoped that we could do a Wycombe. Just before Jeff referred to our form as "indifferent" and Tony Cottee praised Paul Jones, Stenhousemuir conceded a 6th. I felt for their fans.

As Norwich's second goal flashed up on the vidi-printer abject melancholy swept the front room. "Game over" Tony Cottee announced. He was wrong. A minute later came a cry of "And there's been a goal at Carrow Road" from Jeff. Marcus Stewart had scored! Hope returned. And promptly left. One minute later Jeff announced "Exeters comeback is short lived". 3-1. Grant flipping Holt. In sympathy Stenhousemuir let in a 7th (thankfully, they later scored a consolation goal). As Jeff informed us that the game was over I blamed not the ref, not the players, definitely not Tiz, but Jeff. It was clearly the fault of his green tie. 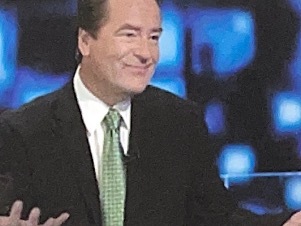