I'm starting today with a bit of housekeeping. Those who read my article about Norwich in the Leeds programme might remember my mentions of Stenhousemuir who lost 7-1 to Dunfermline in the Scottish Cup. I wrote of how I felt sorry for the fans. Well, that wasn't the end of the story. Days later it emerged that Dunfermline had fielded a suspended player and made three other team-listing errors. Dunfermline apologised and Stenhousemuir accepted. However, the Scottish FA weren't happy and sensationally threw Dunfermline out of the cup! Despite losing 7-1 Stenhousemuir were through! Or were they? Dunfermline, in shock, appealed. Just last Thursday their appeal was heard and they emerged victorious, well, sort of. The tie is to be replayed (I really feel for the Stenhousemuir fans now!) and Dunfermline were fined £30 000.

And so to Yeovil. This was, of course, our first game after our brilliant 2-0 victory over Leeds where I had had the misfortune of sitting near Leeds fans in the Doble stand. It was great when Ryan Harley scored his second. I waved my scarf in their faces. The man looked as if he was about to cry!

Seeing as Yeovil was so close we decided to travel up in the car. Regular readers will remember how over the past few years, journeys undertaken by the Bowden family by car have always incurred more than their fair share of navigational difficulties. This trip was no different. At one point we were heading back to Exeter. I blame the RAC route planner. Once parked up at the Yeovil industrial estate we quickly realised that parking in the first spot we saw was a flawed idea. We were a good mile from the ground. Still, it was a nice walk. It was cold mind, much colder than our last visit for a pre-season friendly a few seasons ago. That day it was ridiculously hot, so hot the electrics melted. Well, that strictly speaking might not be true but there was a powercut. All the refreshment huts could serve were peanuts

Before the match Eric (the flag) made an appearance. Somehow Marge ended stuck under it. She escaped just in time to see the teams emerge out onto the pitch. During the early exchanges the ref, from Somerset, appeared to give Yeovil up everything. We then gave Yeovil a goal via a calamitous mix-up that is surely bound for a footballing blooper dvd.

As time ticked on, people around me reflected on Huish Park. Printable comments include Marges "it stinks of burgers" and a random mans' (said to a steward stood in everyones way) "I've paid £15 for a ticket and all I can see is your bobble hat". I missed our equaliser. I don't know how, I was on the terrace facing the pitch! I did well to avoid another head injury as some wannabe hooligans used the excuse of a goal to attempt a game of human skittles with all those around them. Just before half-time Yeovil scored. From where we were it looked offside. One can only assume that at that moment the lino had misplaced his flag.

The second half carried on much like the first half. Disappointingly. After missing the crucial offside (possibly, I'm writing this on the way home from Yeovil so I haven't been able to check whether the goal really was offside!!!) the lino proceeded to flag us offside on near enough every possible occasion. The ref, still from Somerset, continued to annoy the away fans. His 'finest' hour came when he stopped play to remove an extra ball from the pitch, which a ball boy was poised to remove without interfering with play. To make matters worse he failed to give the ball back to City, instead giving a drop ball. Frustratingly it was almost an unrecognisable team performance from that of Leeds. It was Yeovil, not us, who were resilient and determined. They looked like they wanted it more. It always seems to have been the way with City. Rise to the challenge against the bigger teams but struggle to ever get going against the 'lesser' teams. Still, as Eamo would say, keep the faith. 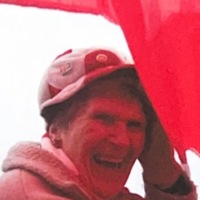 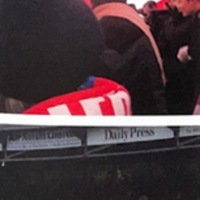