Johnson's goal 13 minutes from time provided a rare moment of quality in a poor match.

Exeter went close with their first attack of the match but Hatters keeper Owain Fon Williams tipped Richard Logan's fierce volley on to the bar.

Johnson's goal came against the run of play but the Hatters held on to send their rivals into the relegation zone.

"I've got no real complaints with the team. They put a lot of effort in under very difficult circumstances to play in.

"We're not surprised that at this stage of the season where we find ourselves.

"It was never going to be easy but we have to enjoy this and meet the challenge." 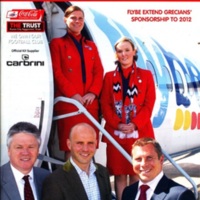 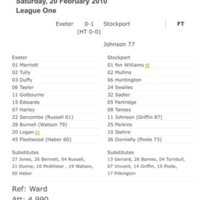