Ryan Harley missed a last-minute penalty for Exeter as this League One basement battle ended all square.

Following a drab first half, Harley put the Grecians in front from the spot after Reuben Hazell was deemed to have fouled Marcus Haber in the area.

Oldham defender Sean Gregan's equaliser ricocheted into the net after Exeter failed to clear a corner.

In the dying moments Neil Saunders won another spot-kick for Exeter but Harley shot straight at goalkeeper Dean Brill.

"Well clearly a last minute penalty you hope to came away winning. But it was a very tough game, and we wanted the three points as much as anybody.

"We have to talk positively and that's our best hope of effective football. We have to remain confident and believe we'll get our rewards.

"We have to surmise that it's a point gained." 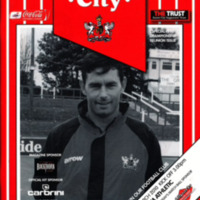 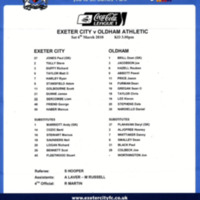 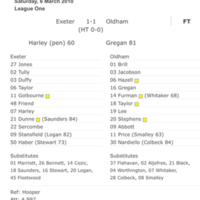 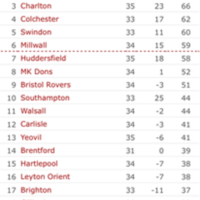