Exeter moved out of the relegation zone with a well-deserved victory over mid-table Walsall.

The home side scored with their first attack when Matt Taylor headed in Ryan Harley's delivery at the back post.

Harley missed a great chance to extend their lead before making amends with a penalty after a foul on Barry Corr.

Walsall got a goal back when a long throw found its way to Julian Gray, who side-footed home, and they pressed for the equaliser but Exeter held firm.

"I am very pleased with everything they did today.

"When you go two goals up, you know there'll be a shift, but we stuck at it and everyone played their part.

"We had great support and I think there's 5,500 people leaving happy today.

"We're getting more and more pragmatic, we've been efficient, today at times there was a real pattern to our play." 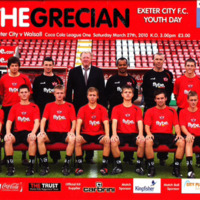 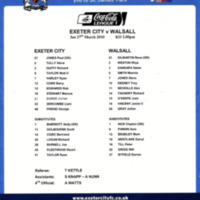 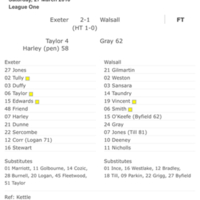 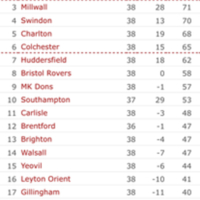