Relegation rivals Exeter and Leyton Orient battled out a goalless draw to keep them out of the bottom four.

Exeter enjoyed plenty of possession but failed to test keeper Jamie Jones with Stuart Fleetwood's header, which went over the bar, the closest they came.

The closest Orient went was when John Spicer drilled a shot wide from 20 yards, while Scott McGleish was denied by Exeter goalkeeper Paul Jones

Orient are a point above the bottom four with Exeter three above them.

Exeter City manager Paul Tisdale told BBC Radio Devon:
"It was a very good point. You look at plenty of other teams in the bottom 10 losing today, so a point gained.

"It was a tough game and there were few chances in the game, but I'm very impressed by the football that we played on a tricky pitch.

"There's no surprise it was a tight affair and I'm glad that we held out for a point at the end."

"You don't get anything unless you work hard in this world, and certainly on a football pitch you have to work twice as hard."

"It was difficult conditions but both teams has a real go of it."

"Of course we would have liked three points, but at this stage in the season and in the situation we're in, one is better than nothing." 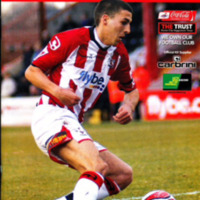 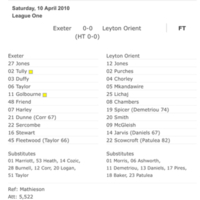 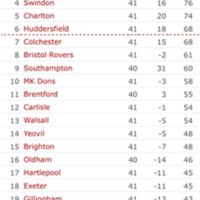