Charlton fought back for a draw at Exeter but the result all but ends their hopes of automatic promotion.

Exeter broke the deadlock just before the hour mark when Ryan Harley's cross from the left was flicked on by Rob Edwards and George Friend headed in.

The Addicks equalised in controversial fashion when Kyel Reid's effort from Nicky Forster's cross was adjudged to have crossed the line.

And Harley hit the post for Exeter in a frantic finale.

"It was a brilliant game. I'm disappointed we've not got all three points, but I think they deserved their point.

"I think it was a fair result, but when you go a goal up you're disappointed to have conceded a goal

"It was nice to see George [Friend] getting a goal, I'm chuffed we got a goal from him.

"We're still fighting and it's going to go to the last game, we all know that, so let's prepare ourselves for it."


"It was a tough game and we probably deserved to win it with the chances we created, certainly in the second part of the second half.

"We've come up against a keeper who's pulled off some terrific saves so it wasn't to be.

"We gave it everything we had." 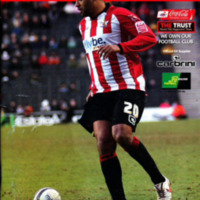 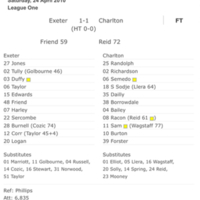 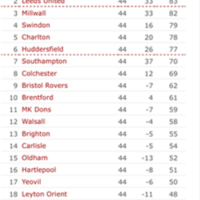