Duffy was a bit of late convert to the game of football, not playing it at all as a schoolboy. His first club was Workington Central.

He then joined the professional club in the town at the age of 20, Workington AFC.

For the next two and a half seasons he played for Workington in the Lancashire Combination, appearing in 84 consecutive matches at one stage. He signed for Bradford City in 1909, but only played once for the Yorkshiremen in the league.

Signing for Exeter City in the summer of 1910, he was described as being the ideal build for a half-back.

Duffy had to wait his chance with the Grecians and eventually made his debut against Millwall at St James’ Park in October 1910. After one season with City, Duffy moved to Swansea Town. 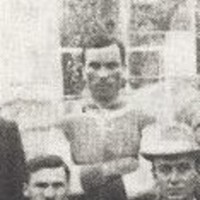 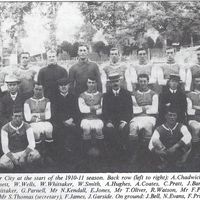