James Dunne was signed by Exeter City in July 2009, having been released by Arsenal at the end of the previous season. He joined the Gunners as a scholar in 2006, and had been playing in their Under-18 team and helping their youth side to the FA Youth Cup Semi-Final. He signed professional forms in 2007 and became a regular in the reserves before spending a spell on loan at Nottingham Forest in 2008-09, although never played in their first team.

James was a key player through the two seasons that he played for the Grecians, making almost 100 appearances. He moved on at the end of the 2011/12 season, signing for Stevenage Borough.

Although out of contract at Exeter, his age meant that Stevenage still had to pay a fee – an initial £75,000, with a further £50,000 dependent on appearances. The latter clause would prove his undoing at Stevenage, with him being omitted from the first team to avoid triggering the further payment.

James joined St Johnstone on loan in January 2014 then signed for Portsmouth in June 2014, joining Dagenham & Redbridge on loan in October 2015. Soon after his loan spell at Dagenham & Redbridge came to an end, he joined Cambridge United, in January 2016. He eventually made over 50 apperances for the club. He was signed by Swindon for the start of the 2017 season, in 2019 he moved to Barnet.

James was the first signing for Southend in the summer 2021, after the midfielder agreed a two-year deal with Blues. 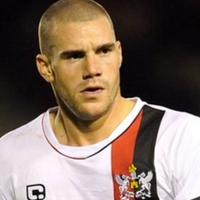 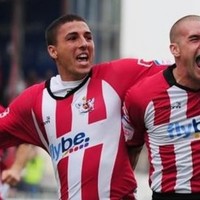 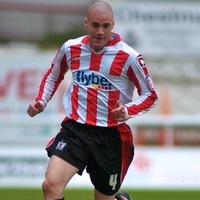