Born in India where his father was serving with the Devonshire Regiment, he was the son of Henry Thomas Dyer and Jemima Dyer.

He had one elder brother who died as a small child. He probably received part of his education in India before coming to England.

He also received education at Manual School Exeter, which was part of the Royal Albert Memorial College. Possibly on day release from his engineering apprenticeship at Messrs Willey & Co.

From 1907 he was resident at 43 Mount Pleasant Road, Exeter in the Parish of St James. Henry, known as "Harry" to the fans, played football for Exeter City FC (Full Back) in eleven matches, the first of which took place on 3 October 1907 at Gunnislake in a Plymouth and District League fixture.
He played in the practice match on the 30th August 1907. and joined the Grecians from the old Exeter Argyle club at the same time as William Stoneman and William Letheren.


He was also a member of the St David's (Exeter) District Committee of the National Deposit Friendly Society of which his father was chairman.

From early 1908 he was in employment with the White Star line based in Southampton. After a short period on the shore staff at Southampton he was appointed to the Adriatic where he stayed for three years before moving, in 1911, to the Olympic.

The following year he was appointed to the Titanic as Senior Assistant Fourth but, unfortunately he lost his life in the sinking, and his body, if recovered, was never identified. He was unmarried. 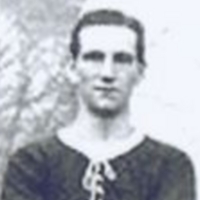 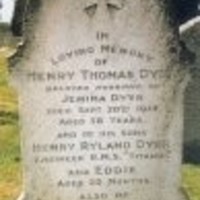 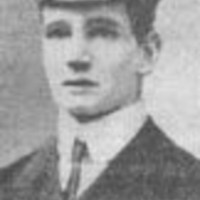 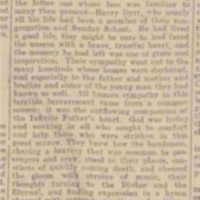 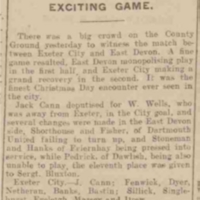 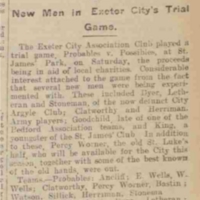 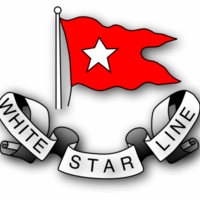 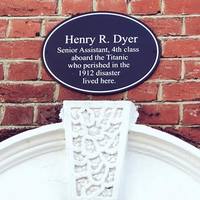 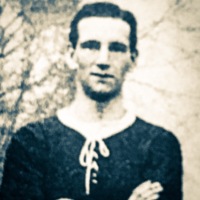