Jon Challinor volleyed a late winner as Exeter hit back to beat Altrincham.

The visitors went ahead in the third minute when Robbie Lawton pounced to convert left-footed from the right side of the six-yard zone.

But from then on it was one-way traffic with Exeter deservedly getting back on level terms on 39 minutes when Chris Todd drilled home Billy Jones' corner.

Dean Moxey saw his header parried by Stuart Coburn late on, moments before Challinor volleyed in. 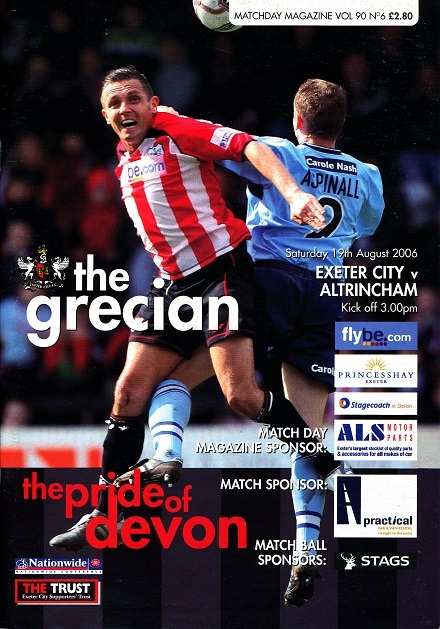