BBC match report –
Exeter scored three goals in the last 15 minutes as they came from behind to to beat Halifax.

Lewis Killeen fired home an angled shot to put the visitors ahead.

But Exeter levelled when Jon Challinor headed home Andy Taylor's corner and they went ahead through Adam Stansfield's close-range effort.

The Shaymen were caught out twice in the final two minutes when Challinor set up Jamie Mackie and Challinor's left-foot shot sealed the win. 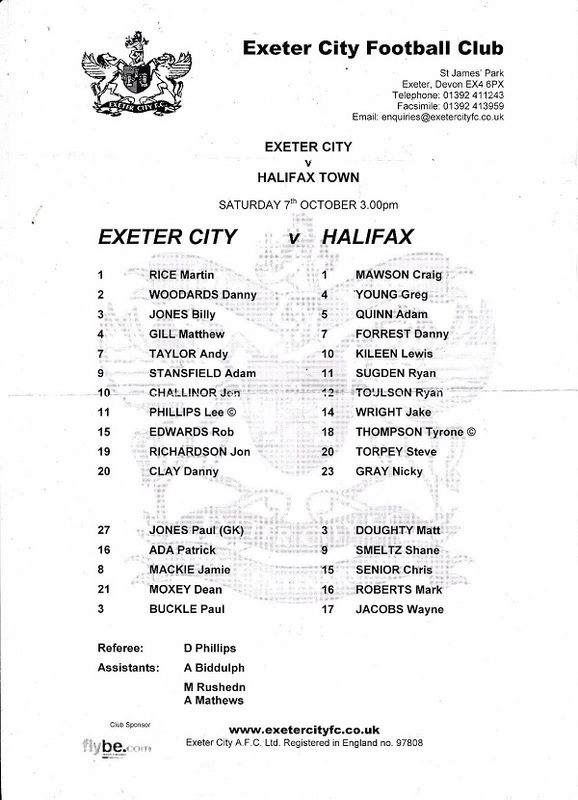