Adam Stansfield had put the home team in front with his fourth goal of the season, scoring from close range after a corner from Andrew Taylor.

Guy Madjo struck the Exeter crossbar before Grayson headed past Martin Rice to equalise for Stafford.

The game seemed to be heading for a draw before Grayson struck in stoppage time, smashing the ball into the net from the edge of the area. 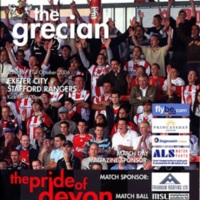 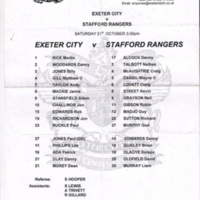