Billy Jones went from hero to villain in just six minutes as Exeter were held at home by 10-man Kidderminster.

Jones cancelled out Russell Penn's opener in the 27th minute, but then saw his penalty saved by Scott Bevan as the Grecians had to make do with a point.

The visitors took the lead when Penn smashed home from 12 yards with less than two minutes on the clock.

The Harriers then had Reuben Reid sent off midway through the second half but held on for a well-deserved point. 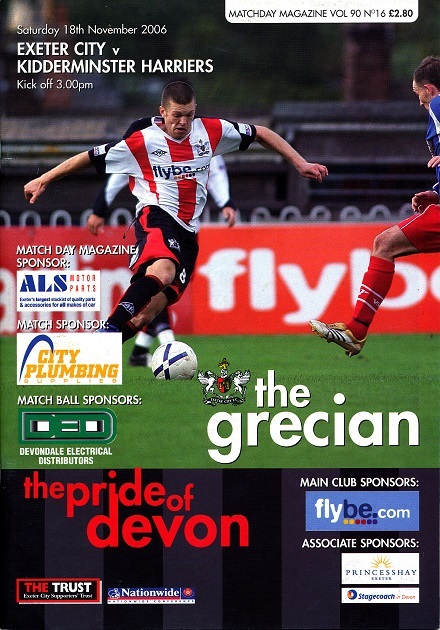