Burton Albion moved up to fourth in the Conference after beating Exeter thanks to Andrew Corbett's first-half goal.

Corbett guided the ball into the corner of the net after Daryl Clare's pass was deflected into his path.

Prior to the goal Exeter's Adam Stansfield had picked up Darren Tinson's weak back-pass, but the angle proved too tight for the City player.

Lee Phillips was presented with a sight on goal on the hour but he was quickly closed down by Tinson and shot tamely. 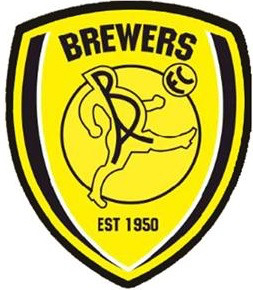