Jamie Mackie headed in Wayne Carlisle's cross on the hour to put Exeter ahead only for David Rainford to level five minutes later with a fine header.

However, disaster struck for Dagenham in the 90th minute when Blackett fired into his own net. 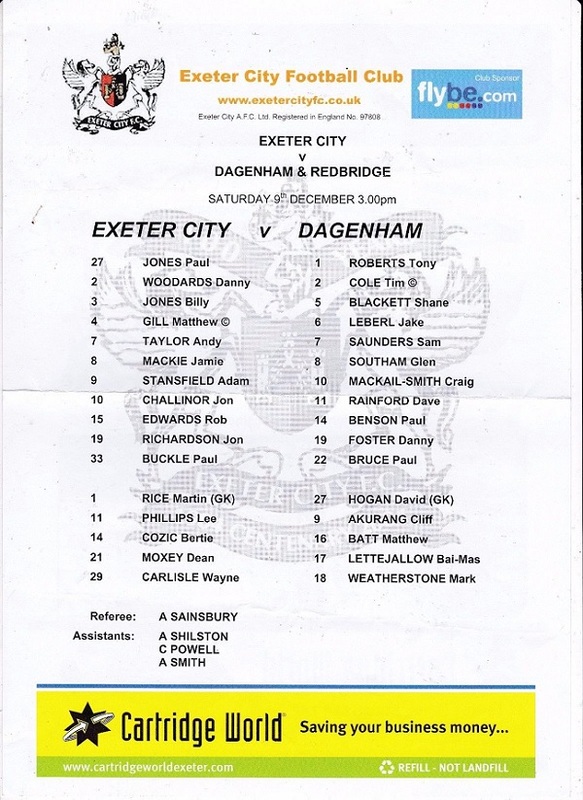