Exeter manager Paul Tisdale insists his side will be wary of Ryman Premier Division outfit Heybridge Swifts when they meet in the FA Trophy first round.

"It is always difficult playing a team two leagues below you," the Grecians boss told his club's website.

"They have nothing to lose, and it will be a party atmosphere for them.

"We have got to be professional about it, because we want to do well in this competition, and the prize money is very important to us." 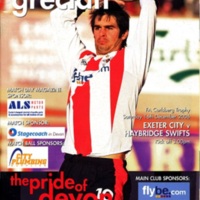 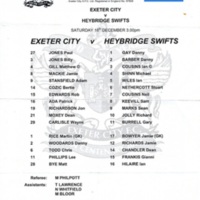