Exeter's Lee Elam made a dream debut against the side who let him go earlier this month, banging in a hat-trick.

His first came on half-time after Jason Matthews had kept out Jon Challinor's initial header.

Challinor was again the provider for the second, as Elam shot home on the hour mark, and he completed his treble as he turned in Wayne Carlisle's cross.

Challinor was rewarded with a goal of his own late on time when he netted Jamie Mackie's pass from close range. 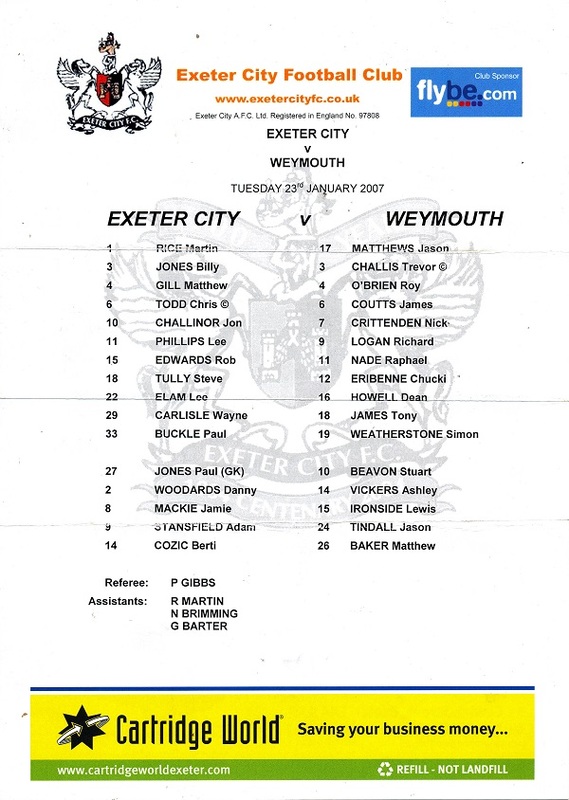