But he could nothing to stop Challinor lashing home Paul Buckle's pass shortly after the interval.

Midfielder Elam sealed the points for the visitors late on when he steered Jamie Mackie's pass into the corner.

Kidderminster boss Mark Yates has apologised for his actions after the Conference defeat by Exeter which led to him facing an FA misconduct charge.

He said: "I'd like to apologise to my family, the officials at Kidderminster, Exeter and Lee Elam, as well as both sets of fans for my actions.

"Kidderminster is a family club and I am a family man, and my actions were out of keeping with my character.

"The frustration and pressure of the job is no excuse."

He added: "But I am a young manager and have learned a lot from this regrettable incident."

Yates, speaking publicly for the first time since clashing with Exeter winger Elam, continued: "In the meantime, after a great result on Saturday and a semi-final of the (FA) Trophy to look forward to, I would like to concentrate on the team and the rest of the season.

"I am grateful to both clubs, my players, and Lee Elam for their understanding and professionalism in handling this matter, and I wish Exeter and Lee all the best for the rest of the season.

"I hope everyone can respect that I can't make any further comment at this stage, that the FA and I can deal with the incident in private and that it is not allowed to affect the team or the rest of the season going forward."

Kidderminster chairman Barry Norgrove had said last week that there would be no comment from the club until the outcome of any subsequent hearing. 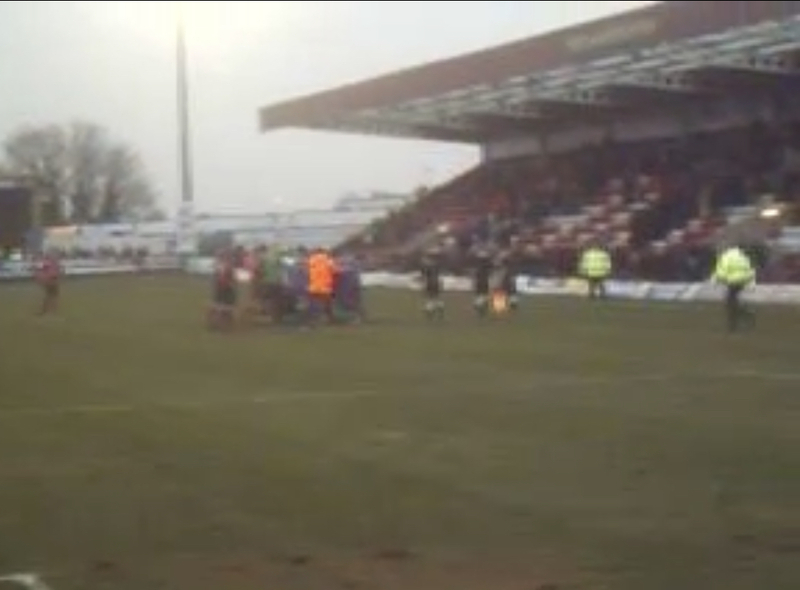