BBC Match report –
Both sides had their recent winning runs come to an end as they fought out a goalless draw at St James' Park.

Exeter dominated much of the game but Diamonds, aiming for a sixth win in a row, had arguably the best chance with Michael Rankine's second-half header.

Diamonds' keeper Scott Tynan made saves from Jon Challinor and Jamie Mackie in a first half dominated by the Grecians.

Paul Jones was forced to tip over from Rankine in the second half as Diamonds threatened to steal the game. 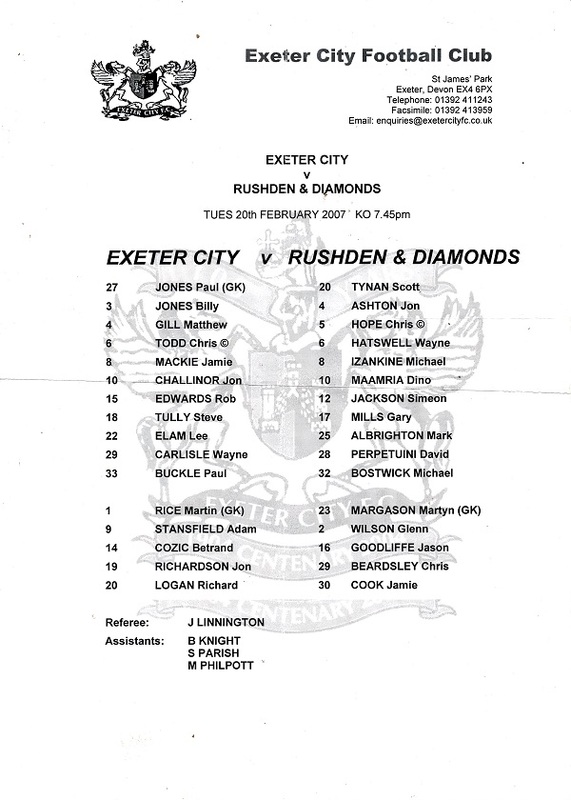