Substitute Richard Logan scored the only goal of the game to give Exeter a deserved home victory against fellow play-off hopefuls Morecambe.

Morecambe goalkeeper Steven Drench made a superb save to keep out Jon Challinor's shot in the first half.

But he was helpless to prevent Logan's magnificent volley from 25 yards after 74 minutes.

Both sides struggled for fluency and although Morecambe pressed late on, they lacked quality in the final third. 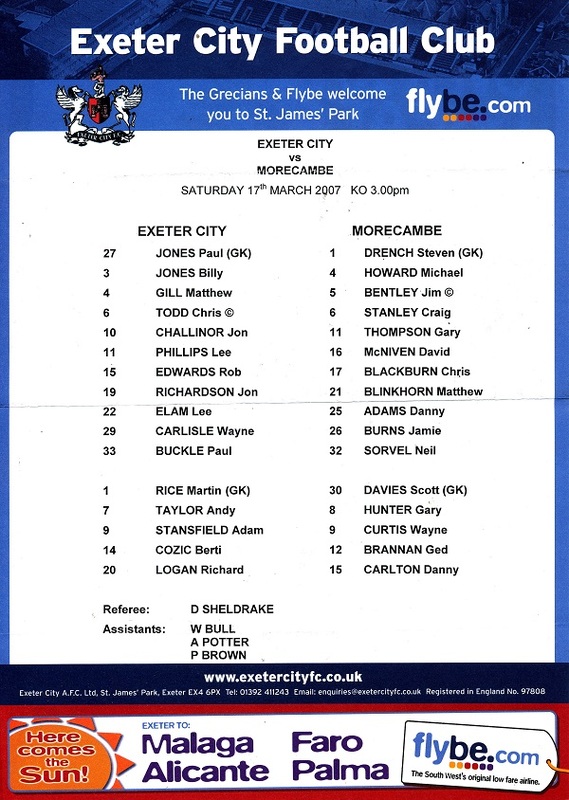