Altrincham gave as good as they got throughout and took the lead in the 19th minute when Lewis Chalmers headed home Warren Peyton's free-kick.

Andrew Scott hit the Exeter bar from 25 yards before Richard Logan equalised from an Adam Stansfield cross early in the second period.

Jones scored the winner on 80 minutes from the penalty spot following Karl Munroe's challenge on Stansfield. 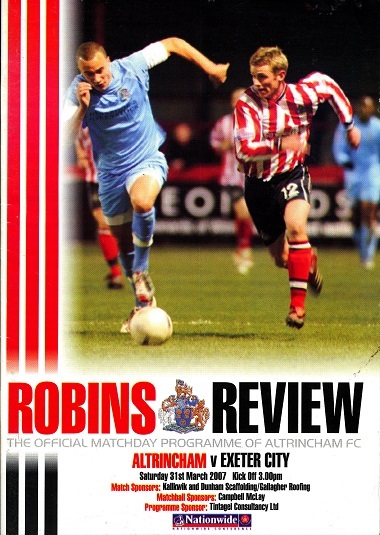