Exeter secured a play-off tie against Oxford United with victory over relegated Southport.

Paul Tait had given Southport the lead shortly before half-time with a powerful strike from 20 yards.

Andrew Taylor went close for the Grecians before supplying a pass that Stansfield converted for the winner after 71 minutes. 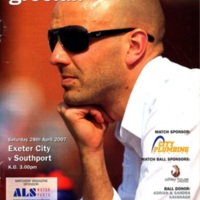 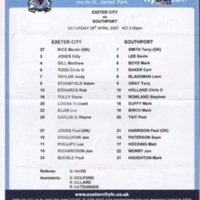