Exeter will play Morecambe in the Conference play-offs final after beating Oxford on penalties.

Steve Tully struck the winning kick in sudden death of the shoot-out.

Yemi Odubade's low shot put Oxford ahead on the night - and 2-0 up on aggregate - before Lee Phillips nodded in to halve Exeter's overall deficit.

Adam Stansfield drilled in from a tight angle on 70 minutes to put Exeter ahead on the night and level on aggregate but it took penalties to decide the tie.

Exeter held their nerve in dramatic scenes, which saw them come back after missing their first penalty.

Oxford had held the edge early in the shoot-out after Billy Jones missed for Exeter, but then misses by Barry Quinn and Turley gave Exeter the chance to win it.

However, Richard Logan failed with his side's fifth kick.

And then there was another twist as Chris Zebroski missed Oxford's next kick, and Tully made no mistake to give his side a 4-3 win on penalties.

It was just about deserved for Exeter who battled back from a 1-0 deficit from the first leg and took the game to their opponents.

And they needed to show all their resilience after Odubade had scored for Oxford on 27 minutes - against the run of play - to make the aggregate score 2-0.

But 12 minutes later Phillips headed in Matthew Gill's superb volleyed cross and Stansfield levelled the tie at 2-2 when he fired home from 12 yards midway through the second half.

Neither side could find a winner in extra time, leaving Tully to make a name for himself from the spot. 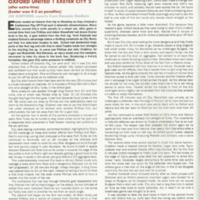 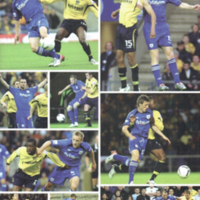 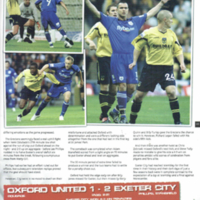 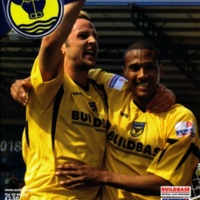 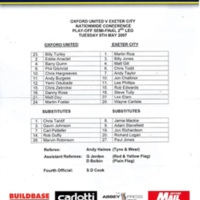