Match 52
20 May 2007.
Conference Premier Play off Final.
Morecambe at Wembley

Morecambe claimed a place in the Football League for the first time after beating Exeter in a pulsating Conference play-off final at Wembley.

Exeter got off to flying start by taking the lead just seven minutes in with a well-crafted goal.

While Morecambe organised their marking, Exeter caught them napping by playing a quick free-kick into the feet of Jon Challinor, who turned sharply past Chris Blackburn and provided a perfect cross for Phillips to head home.

In contrast to the deadly dull FA Cup final the previous day, the goal merely lit the blue touch-paper on a firecracker of a first half, with Grecians keeper Paul Jones playing a starring role.

Carlton provided his first test with a powerful drive through a ruck of players which Jones saw late but stayed strong to push the ball away.

Jones then reacted sharply to tip away Thompson's shot and got lucky when Curtis planted a free header straight into his arms from eight yards out.

Exeter were a threat on the break and Morecambe keeper Scott Davies stretched to finger-tip Phillips' raking shot round the post.

Jones was lucky when he parried a cross against team-mate Edwards and the ball bounced back into his arms, but he again denied Curtis as Morecambe broke quickly.

The Exeter keeper pulled off a major rescue when Morecambe won a penalty.

Jones plunged to his right to save Curtis's spot-kick and then saved the Morecambe midfielder's follow-up shot with his legs.

But Jones could only stem the tide for so long, although it needed his team-mates to sell him down the river.

Billy Jones made a hash in clearing a hopeful lump forward and when the ball fell to Thompson he made no mistake as he punished the error from 16 yards.

Exeter needed Paul Jones again to send them in level, as he plunged bravely to block as Michael Twiss shot on the turn.

The Grecians defended dangerously deeply, inviting Morecambe on at the start of the second half but Exeter had the first sight of goal, with Challinor testing Davies.

Exeter, boosted by a couple of positive substitutions from boss Tisdale, began to impose themselves although Davies was never seriously tested in the Morecambe goal.

Substitute Adam Stansfield certainly sparked life into Exeter and he drew a fine save from Davies after picking his way through the Morecambe defence.

As the clock ticked down neither side wanted to risk defeat by committing men forward and there seemed little on as Carlton again chased a long ball forward.

But despite being outnumbered he gained possession and worked the ball on to his left foot to send an unstoppable shot into the top corner.

Frustration set in as Exeter sought an equaliser in vain and Matt Gill was sent off for headbutting Craig Stanley.

"It ranks right up there with the FA Cup finals, World Cup finals and managing Northern Ireland.

"It was a brilliant feeling, one of the best I have had in my time in the game.

"When the winner hit the net it was such a magnificent goal I wanted to celebrate with the players."


"The players have put in a great effort all season and to finish like that is frustrating.

"We tried our best, but in the end we have been beaten by a fantastic goal, and you have to put your hand up." 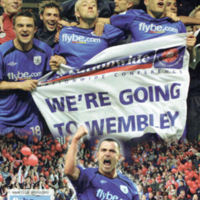 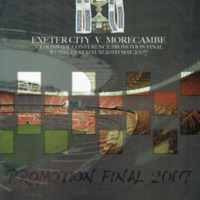 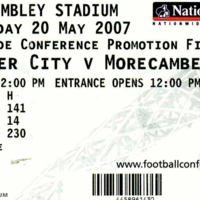 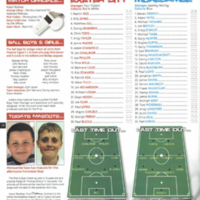 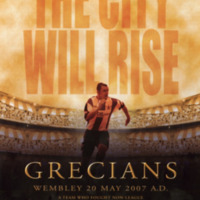 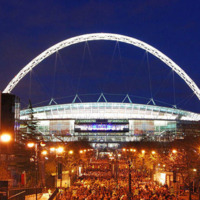