An England Schools international, Latham signed professional forms for Aston Villa in October 1936, but never played a league match for them.

He made two guest appearances for Exeter City in September 1945, against Reading (away) and then Aldershot at St James’ Park in Division Three South (South of the Thames) fixtures.

Latham signed for Coventry City in October 1946, but only made one league outing for them. He then joined Banbury Spencer for 1947-48. 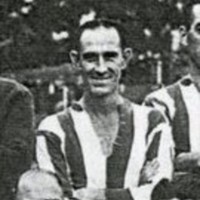 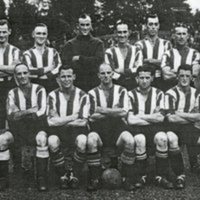 My grandad. I can't enlarge the photo but I believe he's the one second right on back row.