Michael signed on schoolboy forms in December 1980, Lane then became an apprentice professional with Exeter City.

He made 24 appearances, for Exeter City in the Devon and Exeter Premier League in 1984/85.

He was signed on a full contract by the Grecains in December 1984. However, he had made his one and only Football League appearance prior to that in September 1983 when he played against Scunthorpe United at the Old Showground in a 3-1 defeat.

Released on a free transfer at the end of the 1984-85 season, Michael signed for Western League, Minehead, and then went on to play for Chard Town, Barnstaple Town, Minehead (again), Tiverton Town, Chard Town (second spell with the club) and finally Elmore, whom he signed for in August 1993. In 2009 he was living on a farm in the Somerset village of Hockworthy and was a property developer. Prior to that he was involved in sports events and spent six years in the United States. 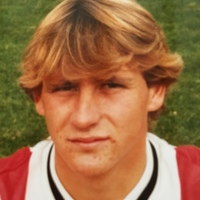 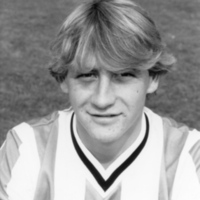 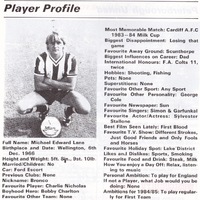