Jimmy Lagan was born in 1885.
One of four brothers who all played football, Jimmy Lagan first appeared for St John’s Felling, a school junior club. After leaving them he played for a number of teams in quick succession, the best known being Murton, Craghead and Felling Eastern Region.

At the age of 20 he signed for North Eastern League side, West Stanley, and in 1911-12 signed professional forms.

Exeter City obtained his signature in the summer of 1912 and Lagan eventually made his debut in a 2-0 win at Stoke in the Southern League in December 1912.


On signing for Exeter the press wrote the following article
"James Nicholas Lagan, centre-half, was born at Felling-on-the Tyne, near Newcastle, and is 22 years of age, being the elder of two brothers who have joined Southern League clubs, the younger brother having gone to Gillingham. Of good build, he is 5ft.10ins. in height, and turns the scale at 11 st. 4 lbs. Lagan is another player who has never changed his place, and
has always operated at the important position of centre-half. One of four brothers, who have all been good at the game, his first club was St. John's, Felling, a School Junior Club. After leaving them he played for a number of teams in succession, the best known being Murton, Craghead, and Felling Eastern Region. When he was twenty, his form attracted the attention of West Stanley, of the North-Eastern League, and last year he played in every one of their matches. Numbered among his colleagues were such famous old players as Thackeray, ex- Sheffield Wednesday and Middlesbrough, Barnfather, late of Croydon Common, and Tully, of Clapton Orient and Rochdale. Lagan was the youngest member but one of the West Stanley side, and it was whilst with them that he became a professional. He suffered a family bereavement shortly after coming to Exeter, and has the sympathy of all supporters of the club. One of the younger members of the City team, he is to be regarded at present as an unknown quantity. This much, at least, is known; he is willing, ready to learn, and in earnest.

Lagan stayed at City for three seasons until the outbreak of the First World War.  As far as we know he never returned to playing after that. His Grandson wrote the following. "He lived in Fellapark Cresent in Felling (just outside of Newcastle) Not sure if he played any more football. He worked in Gateshead in his later years in a foundry or steel works (Armstrong Whitworth, The Close Works) and was renowned for breaking Pig iron with nothing more than a sledge hammer such was the strength of the man, loosing the sight in one eye when a shard flew off and hit him one time." 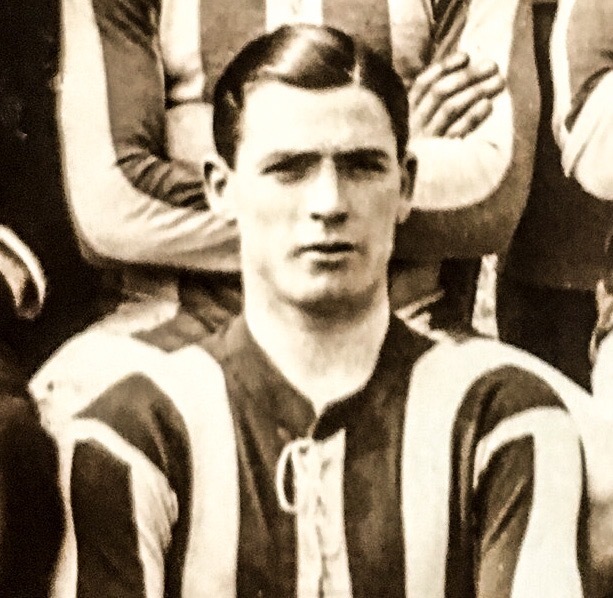