Playing for Scottish junior club, Yoker Athletic, Keane got his senior chance when signing for Kilmarnock.

After being released by them he had a trial for Falkirk, but decided to make the long move south to sign for Exeter City in the summer of 1936.

Apart from one league appearance, all 13 of those that he made for the Grecians were in consecutive matches, the first of which was in a 1-1 draw at Aldershot in October 1936. His only goal for City came in another 1-1 draw, at Watford.

At the end of the 1936-37 season, Keane signed for Gateshead, and later returned to his first club, Yoker Athletic. 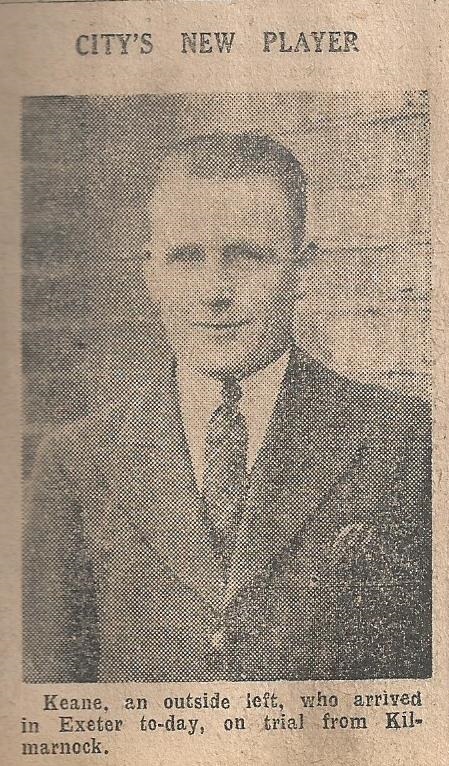