On signing for Exeter City from Oldham Athletic in the summer of 1921, Edge was described as a slippery and speedy outside right.

He helped the Brook Valley club win the Stockport Combination as a young lad and assisted Stockport County reserves in wartime football.

In September 1919 he signed professional forms for Manchester City and played throughout the season in their Central League side.

He then moved to Treherbert, remaining there until February 1921 when Oldham Athletic gained his signature.

He played three league matches for Oldham, however, an ankle injury hampered his progress and he decided to switch to Exeter.

He made his debut in a 1-0 defeat at Charlton Athletic in August 1921, but only went on to feature in two more first games before being released at the end of the season.

Edge played five league matches for Blackpool during the 1922-23 season, and them moved on to New Brighton in the summer of 1923 where he scored two goals in 26 starts. 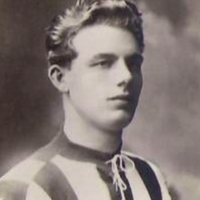 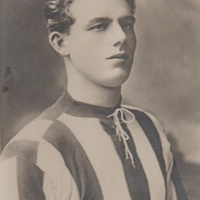