Home to the English national football team, the New Wembley Stadium was opened in 2007 on the site of the original Wembley, which had previously been accommodating various major sporting events since 1923.

The original Wembley was demolished between 2002 and 2003 to make way for the new ground in the heart of north-west London. Being able to seat a maximum capacity of 90,000 spectators, Wembley Stadium remains the largest stadium in the United Kingdom as well as the second-largest in Europe.

As the stadium hosts most major football matches of national interest, such as the FA Cup final and Football League Play-Offs, Exeter City have their own collection of memories from high-profile clashes at Wembley.

In the 2006/07 season, Exeter placed 5th in the Conference National, and went on to face Morecambe on 20th May 2007. Unfortunately, City walked away from the final empty-handed, failing to clinch promotion after losing 2-1 to Morecambe. However, the very next season, the determined Exeter side would seal promotion at Wembley after Rob Edwards' goal sealed a 1-0 victory over Cambridge United. City's last visit to Wembley in 2008 saw the birth of the winning mentality that drove the team to achieve back-to-back promotions in the league.

Wembley Stadium has been at the centre of two of City's most recent memories of both heartbreak and success. It's importance to the country can certainly be translated to Exeter City's history. 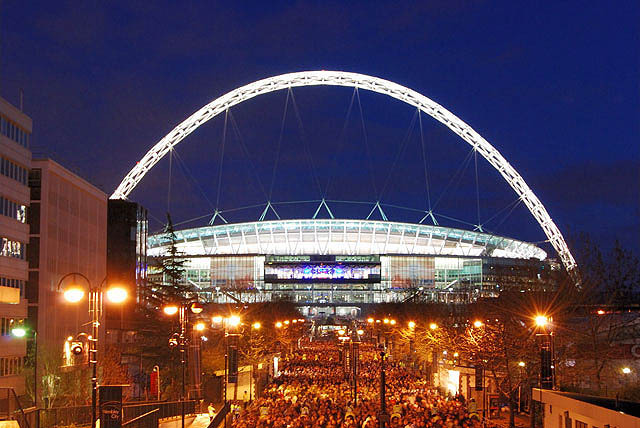