The sign next to the players tunnel at St James Park records the names of the 257 individuals and businesses that raised money for the Red or Dead? campaign.

The campaign was launched in 2004 when, with debts of about £3.5m, City were on the verge of going out of business following relegation from the Football League in 2003.

The Supporters Trust sought for 1,500 Grecians to raise at least £500 to save the club, and though the FA Cup games against Manchester United the following January safeguarded the club's future, the campaign still raised more than £140,000. 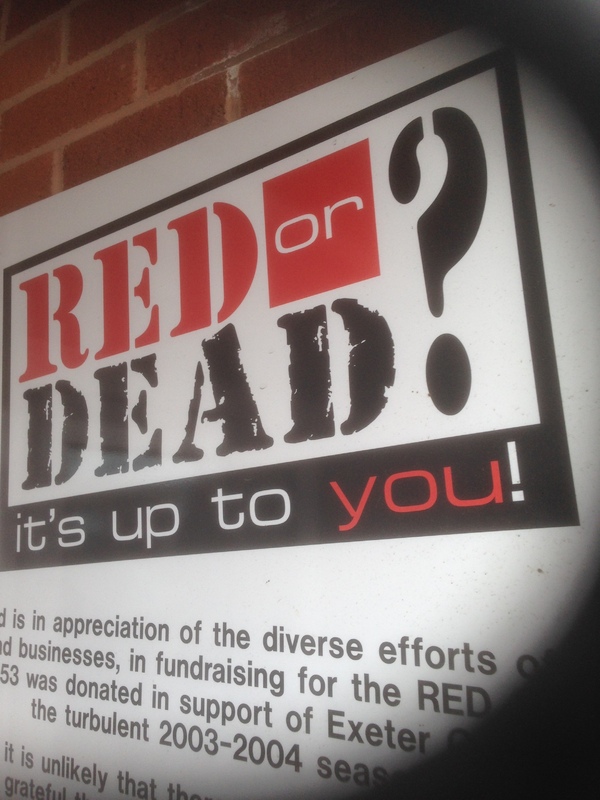