In the foyer between the Tribute Room and the Apple Suite is the St James Park Trophy Cabinet.

While not as large as some cabinets in the world of football, there are some quality items that show off our proud history.

These include awards, pennants and medals from our back to back promotions in 2008 & 2009, and a trophy commemorating the club's Division Four league win in 1990.

There are also a number of items to show our historic relationship with Brazil, as well as other sides that we have played over the years, including the New York Fire Department - The Bravest Team in the World.

More personal items from former players are also on show here, including Tony Kellow's golden boot and player of the year award. 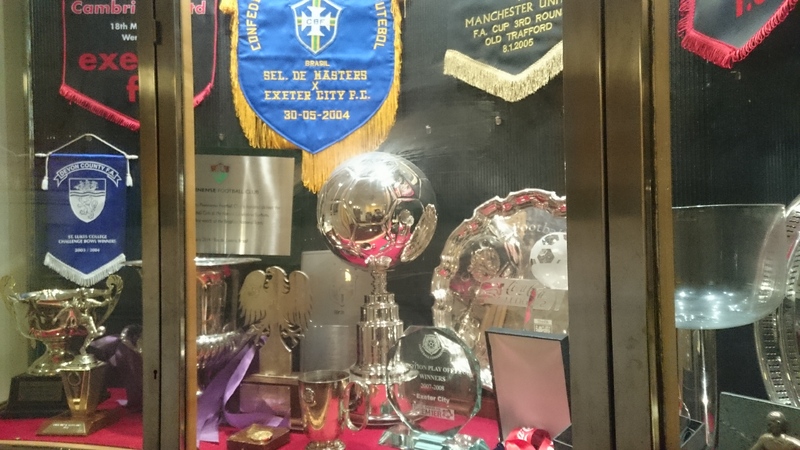