Dean Edwards began his career as an apprentice with Shrewsbury Town, turning professional in February 1980. He played only 13 times, scoring once for the Shrews before joining Finnish side, Kuopion Palloseura.

He subsequently moved to Telford United from where he joined Wolverhampton Wanderers in October 1985, leaving Molineux in March 1987, having scored 9 times in 31 games, joining Exeter City.

Making his debut for the Grecians in a 1-1 draw at St James’ Park against Rochdale, he played in all the remaining matches that season, netting five goals. A regular in the side for the 1987-88 season, he top scored with 12 goals in 43 league outings.

He was surprisingly allowed to join Torquay United in August 1988, he helped the Gulls to reach the Sherpa van Trophy Final at Wembley where he scored in the defeat against Bolton Wanderers. He scored again at Wembley two years later as Torquay won promotion via the play-offs. After having his contract cancelled by Torquay in September 1991, he had short trial periods with both Walsall and Stockport County.

In December 1991 he moved back to Exeter City, having played 116 league games and scoring 26 goals for the Gulls. He stayed only a few months at St James’ Park though, featuring in just four league games before another short spell at Northampton Town to finish his league career. He then played in Hong Kong, and in Malta with Sliema Wanderers, and also appeared a couple of times for Stafford Rangers. He then played for Dorchester Town (signed in April 1993) and Barnstaple Town, but in the autumn of 1996 he became player-manager of Bideford. Resigning in July 1998, reportedly out of despair at the lack of commitment to pre-season training amongst his squad, he concentrated on running the pub he had become landlord of close to Torquay United’s Plainmoor ground.

By August 2000 Dean was back in Wolverhampton running a social club. In January 2004, he was appointed as player-manager at Pelsall Villa but left by the end of the season when the team were relegated. He became assistant manager at Willenhall Town in March 2006, and in October 2007 took over as manager. However, he resigned in April 2008, only to be appointed manager of Hednesford Town the following month. He was dismissed as manager in September 2009.

Dean was Torquay left his role Torquay United as their Commercial Manager in June 2015, after four years, and became the club’s Director of Football until September 2015.

From December 2015, he was owner of "The Orange Wolf", a company acting as agents for players.

He was appointed manager at Barnstaple Town in October 2019. 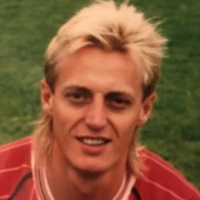 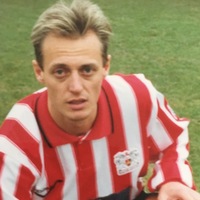