Edwards was a ball boy at the 1994 World Cup Finals when he lived in the United States.

He started his playing career at Wrexham in August 1998 after appearing for the J. Maddison University team in the States.

Playing 11 league games and scoring two goals for Wrexham, Edwards then moved on to Telford United, initially on loan, going on to score 27 goals in 87 league appearances.

Transferred to Yeovil Town for £20,000 in August 2003, where he scored six goals in 27 league games, he then moved to Exeter City in July 2004 making his debut against Morecambe at St James’ Park.

A big, bustling player, he was loaned out to Tamworth on October 2005 and then Chester City in March 2006. Edwards signed for Crawley Town on a free transfer in August 2006, but was back at Tamworth in January 2007.

He spent the 2007-08 season with Burton Albion and then signed for Solihull Moors in August 2008.

Whilst at Solihull Moors, where he became a commercial manager, and he completed his MBA from Warwick Business School.

Edwards retired from playing at the end of the 2009-10 season. 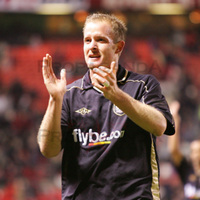 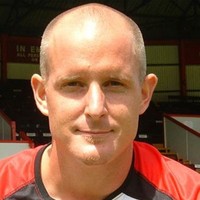 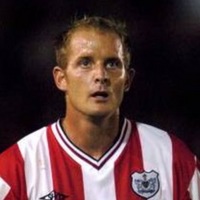 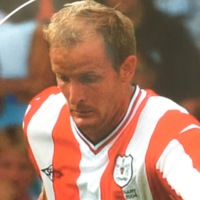 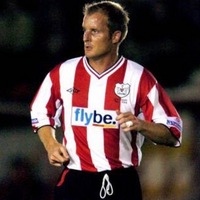