Bill Ellaway, then with Barnstaple Town, played in a trial match for Exeter City in August 1953, having had a trial with Arsenal the previous season. Signed from Barnstaple Town in November 1954, He made a great debut for Exeter City when he scored in the 2-1 defeat at Brighton & Hove Albion the following February. He was to score once more in his first season with the club, during the eight league appearances made. He started the 1954-55 season in the first team and netted twice in the opening four games, ending the campaign with six goals in 18 appearances. His first team chances were restricted to just four games and one goal in the following season.

Bill signed for Bournemouth & Boscombe Athletic in June 1956, but only made four league appearances for them before being released after one season, moving to Poole Town in July 1958, after turning down an offer from Yeovil Town.

Bill was born above the butcher's shop at 23 High Street in Crediton in 1932, to Vera and her butcher husband, Leonard Ellaway. There were no fridges or freezers in those days, the animals were killed and butchered on site and customers would collect their meat joint from the shop and then pop next door to cook it in the ovens in the bakery on a Sunday morning! Bill gained a place at Queen Elizabeth's Grammar School. Always fit and active, Bill loved every sport he encountered; although he rather rejected the rugby on offer at school in favour of his favourite occupation, playing football. So, on leaving school, Bill played football for Barnstaple Town. Like most young men of his generation Bill was called up to do National Service. For Bill, that meant two years hased at Chivenor in North Devon with the RAF and Private Ellaway was stationed at Collaton Cross where there was a camp and a rehabilitation hospital for men injured in the Second World War.
On returning to Crediton, Bill went for trials with Arsenal and Exeter City; and, so it was, that in 1954, he signed up for Exeter, playing on the inside right and with the number eight on the back of his shirt. He made a great debut for the team when he scored City's only goal in a match against Brighton and Hove Albion (although, sadly, their team scored two goals!).

Bill was known for his speed and his sound positional sense and a newspaper reporter wrote: "Ellaway, the chaser and capable of snapping up the odd chance which can easily tip the balance, does not possess the guile of the man he replaces, but a place must be found for him. Bill certainly did find his place, he made 31 appearances for the Grecians and scored nine goals for them. It was at Exeter that Bill met his good friend, Maurice Setters, who went on to have a glittering football career with many first class clubs, including Manchester United, and on one occasion Maurice visited his friend in Crediton, bringing a certain fellow player, Bobby Charlton, with him. Bobby was keen to try real Devon Cider and famously ended up at the White Swan Inn. Bill spent a fair bit of time in the corner of the White Swan with a pint in his hand, and it was here that the landlord's daughter caught his eye! June and Bill spent their courtship around the town and at dances in the Town Hall where Bill still sat in the corner with a pint in his hand! Bill trained hard in those days, too. After his time at Exeter, Bill played for Bournemouth and Boscombe Athletic before ending his professional footballing career with Poole Town... and he still found time to play cricket for Sandford! The wedding was at Crediton Parish Church between seasons and the transfer list, in 1958, and Maurice Setters was Bill's best man, June and Bill had two children, Martyn and the late Jayne. Bill not only played cricket for the town, he played for Crediton football team with Fred Davey and Ian Grinney, helping them win the championship and gaining promotion to Division II in 1962. He was a positive and even tempered player to have in the team. His commitment to sport in Crediton didn't end there; Bill also helped in the Clubhouse and on the grounds. The young family settled in the Barnfield area of Crediton. Bill found work at Hardinge Machine Tools Engineering where, as a strong socialist, he became very involved in the union. His working role was in precision engineering; he had to work on bed plates with an accuracy of a thousandth of an inch. Anyone who knew Bill knows he was just as precise when looking after his lawn or the grounds at Sandford! The family enjoyed many holidays to Butlins. But it was in celebration of their 25th wedding anniversary that Bill and June first ventured abroad when they took a coach trip holiday to Spain. Bill loved cruises: he enjoyed the good food; he liked dressing up for dinner; swimming and other sports were on Whilst Bill and June travelled the world together on holiday, Bill mostly found contentment in what was near to hand in retirement, with his wife and family; walking along the beach from Exmouth to Orcombe Point; stopping off at Sandy Bay for fish and chips; listening to a piano in any pub and joining in a sing-song; going to the Teign Valley Jazz Group; watching anything and everything on Sky Sports; talking and waving to passers-by from his garden, especially if they had dogs with them; and at his second home, Sandford Cricket Club,

Bill's care of the pitch there was second to none; he was meticulous and dog poo became his bête noire! Working with a handful of other pensioners who became great friends, Bill would go out to Sandford on his Vespa motor bike and could always find something to do there, summer or winter. Sadly Bill developed dementia at the end of his life. June is very grateful for the care that Bill received from both the staff at Kenwyn Care Home and in the Bovey Ward at the Royal Devon and Exeter Hospital. Bill died at the hospital on April 20, he was 89. At his funeral the words of Footballer, Joe Cole were read: "My advice to any footballer is don't leave nothing on the table. Go enjoy your football and get as much out of it as you can. It comes and goes in the blink of an eye." 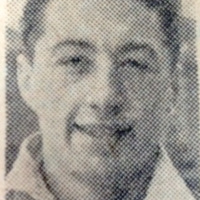 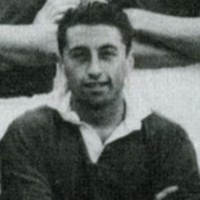 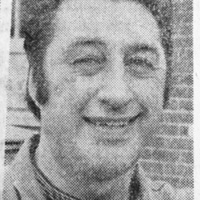 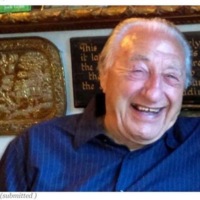