Lee Ellington started his career at Hull City as a trainee, but had made his first team debut when just 16-years-old, earning a full contract in July 1998. He totalled two goals in 15 league outings for the Tigers.

Joining Exeter City in March 2000,he made the briefest of appearances in the league for the Grecians, coming on as a substitute in a 2-1 defeat at Northampton Town.

Lee moved to Gainsborough Trinity in the summer of 2000 and stayed there for three years, averaging 20 goals a season for them. He then moved to Stalybridge Celtic for the start of the 2003-04 season and onto Farsley Celtic (then managed by former Exeter City defender, Neil Parsley), in June 2009. Farsley went into administration and then folded altogether in March 2010, with Lee quickly snapped up by Droylsden the same month. However, less than a week later he had moved on and signed for Harrogate Town.

He then moved to Guiseley in June 2011. He signed for Matlock Town in July 2013, and returned to Farsley Celtic twelve months later. 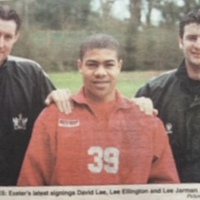 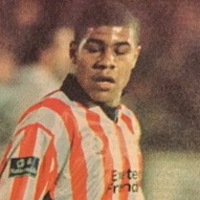