Stuart Elliott commenced his career as a schoolboy with Arsenal, but on his release was signed by Newcastle United as an apprentice in August 1995. Although he never played for the first team, he was loaned out to other clubs on seven occasions!

His first loan came in February 1997 when he joined Hull City, and he had subsequent spells with Swindon Town (February 1998), Gillingham (October 1998), Hartlepool United (January 1999), Wrexham (March 1999), AFC Bournemouth (December 1999) and Stockport County (February 2000).
Reserve team captain at Newcastle, Stuart joined Darlington on a free transfer in July 2000 where he made 33 appearances, scoring four goals. He then signed for Plymouth Argyle in March 2001, but his stay at Home Park was a short one. He linked up with Carlisle United in August 2001, but after just seven appearances was released and he joined Durham City. However, within days he had played for Scarborough. He was offered a week-long trial with Exeter City in January 2002 and joined the Grecians on a non-contract basis in February.

His one and only outing in an Exeter shirt was as a substitute, against Macclesfield Town.

Stuart was on the move again in April 2002, when signing for Merthyr Tydfil. For the start of the 2002-03 season, He was playing for Halifax Town making 12 appearances before being released and joining Harrogate Town in March 2003.

He continued to ‘collect’ clubs as he signed for Harrow Borough in August 2003, but only stayed there until the following January when he was released and moved on to Waltham Forest.

Stuart signed for Gateshead in April 2005 before joining Northwich Victoria two months later. The 2005-06 season saw him finally complete an entire season with one team, during which he made 39 appearances and scored three goals, and he also played for the Shaymen throughout the following season. His next move was to York City in July 2007 and he stayed at Bootham crescent for one season, before linking up with Grays Athletic for the 2008-09 campaign, where he was later appointed player assistant manager.

In 2010-11 Stuart was playing for Bedlington Terriers. before signing for Newcastle Benfield of the Northern League Division One in 2013.

He returned to playing after a year out injured, and signed for Northern League Division One club Ashington in August 2014, whilst also being involved in coaching at the Newcastle United’s academy. 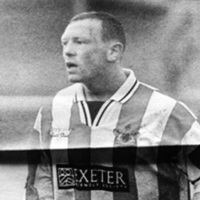 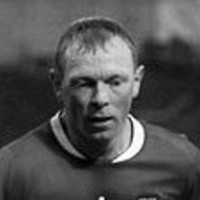