Born in Barking in 1944, Ben started as an apprentice right back with the then unstoppable Tottenham Hotspur in 1960.
In 1960, aged 17, the right-back turned professional and signed his first contract under the legendary Spurs boss Bill Nicholson.

However, he struggled to make an impact on the hugely successful first-team, only making regular appearances in the reserves.

So, in 1965, he made the decision to look elsewhere and, along with his wife Margaret, they moved to Exeter,

From there Embery went to Barnet, who were then competing in the Southern League.
He was part of the 1972 Bees team than played in the final in front of 28,000 fans, losing 3-0 to Stafford Rangers.

And after short spells at several clubs, he began his managerial career in Essex, firstly with Grays Athletic and, in 1983, with Canvey Island.

Ben was interviewed by Lennon Branagan for Superhotspur in 2018.

"Leaving Spurs was not my choice, leaving Spurs was Bill Nicholson’s choice. I’ll never forget I was getting married funnily enough in the June and I went into see Bill Nicholson, and said look I’m getting married in June, will I be retained for next season? I’ll never forget he said ’ Ben you’ve had a great season in the reserves and it’s alright, you’re being retained ’. So I got married and then about a week later he called me and told I was going to be released which was quite upsetting at the time. Actually he took me with the first team to Norway as well, the bloody cheek when I think about it! Listen by the way you’re going out to Norway with the first team and I went out to Norway and played in this friendly. On the way back on the plane this was, Eddie Baily came up to me and said Ben just to let you know Exeter city have been in for you. I didn’t even know where Exeter was, they could have said it was on the moon I didn’t have a clue. So when I got back I phoned this guy up, a guy called John Bashford who was the manager. He said bring your girlfriend down and stay the weekend and we’ll have a chat. So I thought that’s alright, I went down there and with no intention of signing at all. Anyway he offered me a thousand pounds to sign on, the average house was only £4000 pounds, so it was good money in them days. I was just getting married and I thought what should I do, anyway I ended up signing which was a bad decision really because it was fourth division.

The travelling was unbelievable because there was no motorways in them days we’re travelling from southwest all the way up to Hartlepool and places like that. We used to leave Friday morning at 9 o’clock to play Saturday afternoon (3 o’clock) because of the travelling, it was horrendous. I was there about three years and then I got a teaching job and came back to Barnet and that was fantastic. It was the best time of my football career I played about 350 games but I was there about seven years. It was just a phenomenal time for me, when I was at Spurs I never had the confidence to express myself for some reason, but at Barnet I did. I finally found that confidence. We got to Wembley and played in the trophy although we got beat but it’s nice to have played at Wembley. We didn’t play well on the day, we deserved to get beat. From Barnet I went to Gravesend and Northfleet I was captain for a couple of years, then I became a jobbing footballer. I played for Ilford and different places like Canvey island who I ended up managing, so that’s how I got into management." 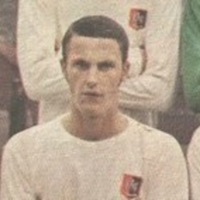 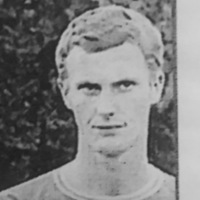 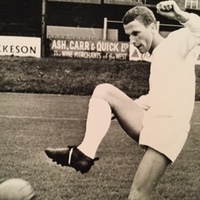